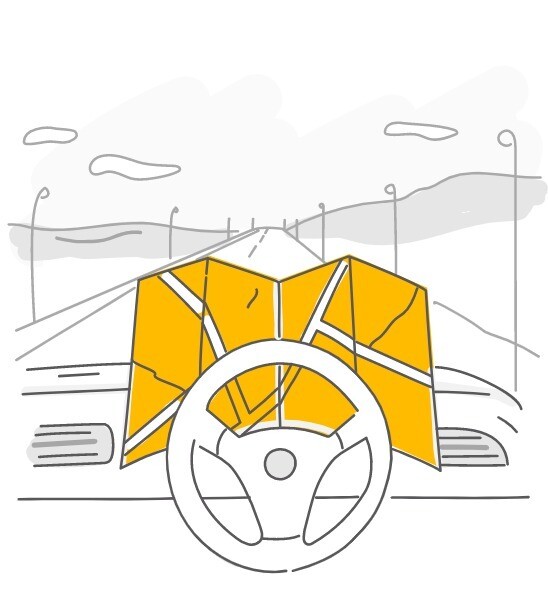 Your commute in India made easier with these tips

Google “Bangalore’s traffic” and you’ll find countless memes. Though there are funny, they aren’t exaggerated as they seem to be. The struggle of steering through Indian roads every day is real. This struggle isn’t limited to one or two cities. As India is rapidly growing, smart cities are mushrooming in every state. Adding to that, with the population on the rise, navigating Indian roads has become a herculean task.

Traffic in India is ever-increasing and navigating Indian roads can be a formidable task, especially for new drivers. Add to that potholes, unfinished roads, construction barriers, animals, and jaywalking, and you have the perfect obstacle course to your destination. So here are some tips and tools, to make commute in India much easier.

Apps to help you navigate Indian roads with ease

Navigation apps can really come in handy when you lose your way or want to find a better route to your destination. Here are some of the best apps for commuting urban roads in India:

This is the official map app of Google, and you can use it for real-time information on routes, traffic, GPS navigation and other details of your destination. It is also the most popular app for navigation.

Waze will provide you with real-time information about police crashes, traffic, construction and much more. Waze will also change your route if traffic is bad on your current route.

This is a professionally created map that provides location, tracking and navigation analytics all in one place.

Points to keep in mind while using a navigation app

·       Use map apps that can be used in offline mode as this can be useful when you need assistance in remote locations.

·       Carry a charger with you as GPS can cause your device battery to drain faster. Also, turn off your GPS as soon as you reach your destination

·       Don’t rely completely on the live traffic updates provided by these apps as they can only give you an indication of the traffic situation.

·       Make use of voice navigation as it allows you to keep your eyes on the road instead of on the map.

Tips to make your commute in India better

Indian roads can be extremely congested, especially in metro cities. Here is a guide to driving on Indian roads that can help you commute better:

Although Indian roads have lanes, most people do not follow them and may cut in front of you without warning. So it is important to keep your eyes and ears alert at all times.

It is quite common to find drunk drivers in India after 10 pm. Avoid driving at high speeds during the night and also avoid tailgating any driver.

It is common for animals like cows and dogs to roam free on Indian roads, so you should be ready if some of them come in front of your car while you are trying to navigate through traffic.

This can be confusing for people who have spent most of their lives driving abroad.

Transport in Indian roads usually involves a large variety of vehicles including bullock carts, cycles, motorcycles, buses, trucks, rickshaws, etc. Slow moving or heavy vehicles do not have separate lanes, so be prepared to drive slowly during your commute.

Navigating rural roads in India can be tough, especially if you are not used to narrow roads. If you are on a narrow road and a vehicle is approaching from the opposite direction, then move towards the left until the vehicle passes.

Why car insurance is a must while driving in India

Navigating Indian roads can be tough, which taking a car insurance is of utmost importance, which usually covers:

It also offers many car insurance add-on covers that can be included for added protection like Zero Depreciation, Return to Invoice, Roadside Assisstance to name a few.

Driving in India entails way more than just navigating traffic signals. Follow the tips and tools given above for a safer and easier commute in India.