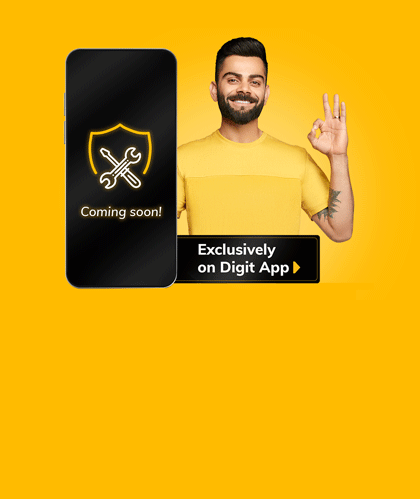 In this list of the latest and best Samsung smartphone under 30000, we have collected the most popular models from the company.

Naturally, these phones are great buys at this price point. However, we have also gone one step further and recommended which phone best suits what type of usage.

Owing to the several attractive features, it is no surprise that you should be looking for Samsung phones under 30000!

Check out the list of best Samsung Galaxy smartphones under ₹30,000 below.

The first Samsung Galaxy phone under 30000 on this list was revealed on 17th March 2021. However, it is made of a plastic frame starkly different from the competition it is up against.

There are two options in RAM. You can choose between the 6 GB and 8 GB variants. In addition, the 128 GB internal storage space is also considerable enough.

The 1.8GHz octa-core Qualcomm Snapdragon 720G processor lies at the heart of this Samsung smartphone under 30000, making this setup of processor and RAM capable of fast multi-tasking. Connectivity-wise, users can avail of WiFi, Bluetooth, GPS and a dual SIM setup for 3G, 4G, and VoLTE bandwidth support in India.

The camera pack is the highlight of this phone. A detailed macro camera at 5MP is used for crisp pictures and natural Bokeh. The 12MP ultra-wide camera offers a wide, "eye-like" perspective. Overall, the rear camera pack is made up of 64MP (primary) + 12MP (ultra-wide angle) + 5MP (macro camera)+ 5MP(depth sensor). The front camera is 32MP.

Gaming on this phone is also a great experience because of the FHD+ AMOLED display. There is also faster scrolling, so gaming reflexes are not hampered. Moreover, enjoy a battery life of one and half days at 4500mAh capacity. However, there is no Bluetooth charging, only proprietary fast charging.

The phone is best suited for photographers. However, gamers and other users may also avail themselves of this smartphone.

A 2GHz, octa-core MediaTek Helio G80 processor powers the smartphone. However, there are dual nano SIMs with 3G, 4G and VoLTE Indian bandwidth support. Further, there is an unremovable battery of 5000mAh capacity, which can easily last two days.

The A32 is another photography-oriented mobile with a massive camera pack. The main camera is a 64MP ultra-wide lens, while the macro and depth camera is 5MP. Finally, the front camera is 20MP. Overall, this Samsung phone under 30000 is targeted at photographers.

Gamers can use the Game Booster and Frame Booster software for optimising the gaming experience. However, there is not much for gamers on this phone.

This mobile phone is best suited for anyone comfortable with the price point and keen on taking good pictures. Therefore, general users with an additional desire for good clicks may acquire this phone.

Moreover, this is the first Samsung phone under 30000 on this list with the flagship Exynos 9825 processor. It is an octa-core processor with a combined speed of 2.73GHz, 2.4GHz, and 1.95GHz. Moreover, there are dual nano SIMs for 2G, 3G, 4G networks and the VoLTE bandwidth for India. Further, WiFi and Bluetooth connectivity are also available.

This Samsung phone under 30000 is primarily a gamer's haven. The Mali G76 GPU offers strong gaming support supplemented by Game Booster software for an optimised experience. In addition, a powerful 7000mAh battery has been added to fuel your gaming addiction. Moreover, this battery is capable of reverse charging.

However, "gaming photographers" need not give this phone a miss as it is also packed with a quality rear camera setup. 64MP (main) + 12MP (ultra-wide) + 5MP (depth and macro) are available. The front camera is a 32MP lens. Therefore, enjoy a mix of gaming and photography with the F62.

This Samsung mobile at a 30000 price, has a Qualcomm Snapdragon 730G 1.8GHz octa-core processor. In addition, it supports a dual nano-SIM with 3G, 4G, VoLTE for Indian bandwidth.

Moreover, Samsung marketed it as India's first 7000mAh phone, reaching 100% charge in 115 mins. This smartphone also leans towards photography rather than gaming or music. It comes with a 64MP main camera, 12MP ultra-wide, and a 5MP depth and macro camera for close-ups.

On top of the Android 10, the One UI Core 2.1 skin gives an intuitive interface. This smartphone is strongly suited for photography or general use, with not much importance given to gaming. Affordable Samsung phones under 30000 don't get more functional than this!

The M31s was revealed in India on 30th July 2020. M31s is another Samsung mobile priced under 30000, which strikes a balance between photography and gaming. Priced at around ₹20,000, it comes with an octa-core proprietary Samsung Exynos 6911 processor. For gaming support, the GPU Mali-G72 MP3 is also apt.

The RAM stands at 6 GB with 128 GB internal storage, good enough for games. Further, you can also expand storage to 512 GB with an SD card. The battery backs up the gaming intentions as it offers 6000mAh and up to 27 hours of video playtime. According to Samsung, the "reverse charging" battery charges from 0 to 100% in 97 minutes.

This Samsung 30000 price mobile smartphone is best suitable for those wanting both good gaming and camera quality. The phone supports 3G, 4G, and VoLTE networks for Indian bandwidth. However, the interesting highlight is the 64MP Intelli-Cam that notifies you about the best resolution to click any picture.

This Samsung 5G phone under 30000 was launched on 28th April 2020. Priced at around ₹22,000, customers may also find this smartphone on various online outlets for much cheaper. 6 GB RAM and 128 GB internal storage are sufficient for the general 5G user this phone aims to target.

Octa-core Qualcomm Snapdragon 750G is the smartphone's processor, while the supported network is 5G. In other connectivity, the phone offers WiFi and Bluetooth. A 5000mAh capacity battery is fixed, and fast charging is enabled.

There is the 48MP main camera on the rear, supported by 8MP and 5MP, ultra-wide, depth sensing and macro cameras. Moreover, there is also a 20MP selfie camera. Running on top of the operating system is the One UI 3.1 skin which provides a good user experience.

This smartphone falls in the Samsung 30000 range of mobiles and is best suitable for those who want to make a quick shift to the fledgling 5G network.

The Samsung Galaxy A71 was launched on 12th December 2019, priced at ₹27,500. A Qualcomm Snapdragon 730 octa-core processor powers it. This Samsung phone under 30000 has an internal storage of 128 GB and a RAM of 8 GB. This processor-memory combination provides speedy access to apps and images.

A dual nano-SIM is available, providing 3G, 4G, and existing VoLTE bandwidth in India. The phone comes with a battery capacity of 4500mAh, which Samsung says can last two days. Moreover, you can also game for long with the Game Booster software that prepares the phone for optimal gaming performance.

The camera functionality is also pretty strong on this phone. A rear camera pack of 64MP + 12MP + 5MP + 5MP is available to take close-up, wide shots, and night time photos. The selfie camera is sharp at 32MP.

While there are plenty of nice camera features, this Samsung mobile at a 30000 price does offer something for gamers. However, it still leans towards general users with a penchant for photography.

Since Samsung launched the phone in 2018, there is only a single rear camera at 16MP and a front camera at the same resolution. So while a buyer may not get the nifty camera features of the modern-day Samsung phones, they will get good quality pictures.

There is a Super AMOLED display which makes gaming fun and exciting. However, this 30000 priced Samsung mobile has a battery life of 3500mAh.

This model is useful for the generic buyer who is not keen on taking good pictures or gaming.

This Samsung phone under 30000 was unveiled in October 2018. Costing around ₹27000, this smartphone comes with 6 GB RAM and 128 GB of internal storage. Further, you can expand this internal storage to 512 GB with a microSD card.

Octa-core Qualcomm Snapdragon 660 powers the phone, and it offers upto 1.8GHz processing speed. The phone comes with a dual nano-SIM that supports 3G, 4G, and VoLTE bandwidth in India. The battery capacity stands at 3800mAh.

The A9, however, has an impressive quad-camera, the world's first. Moreover, the camera has features like Scene Optimiser technology and Flaw Detection that corrects any blinks or blurs. For the first time, the ultra-wide camera angle was used, which gives a wider range.

Moreover, you can also take perfect selfies with the 24MP front camera. The highlight feature of this phone is its Infinity display which was rare among phone makers. Samsung has since improved the camera quality and performance.

The phone is aimed at photographers and was the first phone that kicked off the quad-camera rear phone trend.

Disclaimer: The above information has been gathered from various sources. To know more about each model, we suggest you visit its official website.

Therefore, this was our list of the latest and best Samsung phones under 30000. Buyers should, however, consult the official websites or the selling portal for full details. Moreover, read the various reviews of the Samsung Galaxy phones under 30000 before you buy.

✓ Which is the best Samsung mobile under 30000 for gaming?

There are two good Samsung mobiles under 30000 for gaming. They are the M31s and the F62. Both these phones have sufficient memory with 6 GB RAM and 128 GB internal storage. Moreover, they also come with good GPUs like Mali-G72 MP3 and Mali G76. Strong battery life and good screen displays are also some reasons these are among the best Samsung mobile for gaming.

Both these phones have sufficient memory with 6 GB RAM and 128 GB internal storage. Moreover, they also come with good GPUs like Mali-G72 MP3 and Mali G76. Strong battery life and good screen displays are also some reasons these are among the best Samsung mobile for gaming.

✓ Which is the best Samsung mobile under 30000 for photography?

The Samsung Galaxy A52 and the A32 are among the best Samsung phones under this price range for photography. They come with a 64MP + 8MP + 5MP + 5MP rear camera pack and similar high resolution front cameras. Moreover, you can have sufficient expandable memory of up to 1 TB to store the pictures you click.

The Samsung Galaxy A52 and the A32 are among the best Samsung phones under this price range for photography. They come with a 64MP + 8MP + 5MP + 5MP rear camera pack and similar high resolution front cameras. Moreover, you can have sufficient expandable memory of up to 1 TB to store the pictures you click.

Best Mobile Phones in India Under 20000